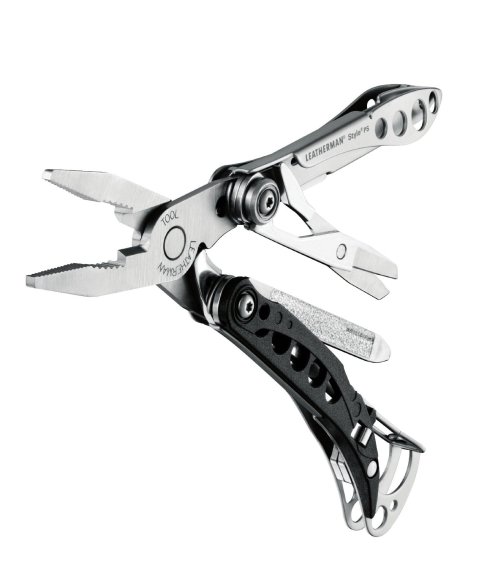 A friend of mine borrowed my GunVault NanoVault safe for continental U.S. airline travel over the weekend.  We sat for a few minutes as I gave him the ground school on flying with a firearm in his checked luggage.  Ever curious, the discussion prompted me to take a look into TSA compliant tools for carry-on.  The only one I found with a set of pliers was the Leatherman Style PS.

I like packing a few useful items in my backpack while traveling.  The loadout usually includes pens and notepads, 550 paracord, Mini-Maglite, spaceblanket, and a small glow stick.  Because of the TSA prohibition on knives and similar sharp items, I feel a bit unprepared when I land at a different locale.

A few Internet searches later, I found the Leatherman Style PS and its “TSA-Approved” status.  The approval apparently comes from its lack of a blade.  Small scissors, with blades less than four inches, are supposed to be okay by regulations.

A bit of Internet due diligence revealed that most travelers have had no problem with getting a Style PS through TSA checks in the U.S.  Occasionally, one is confiscated, but according to reports that is rare.  A number of international customs agents have seized Style PS’s, though, so you have to check the rules for your country of destination and then cross your fingers.

Well, the good thing is that a Leatherman Style PS has an MSRP of only $27.85.  They can be found for less than that on the web.  If you lose it at TSA or in some foreign airport, just go out and buy another!  I plan to order one and take it with me on the plane to SHOT Show next month.  I will let you know how it fares.

Update:  Got one, see if it made it!  Click here:  Leatherman Style at TSA

This entry was posted in Knives, Multi-tool and tagged Multi-tool. Bookmark the permalink.