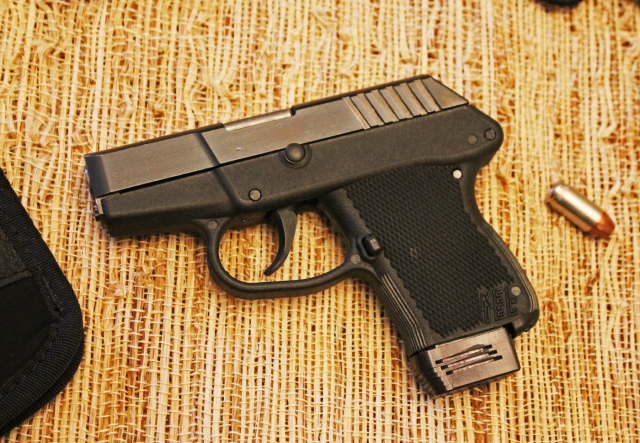 One of my favorite concealed carry guns for traveling light in low threat environments is the Kel-Tec P3AT.  At a ghostly 8.3 ounces unloaded, and measuring 5.2 x 3.5 x 0.77 inches, the P3AT evaporates into your clothing.  With the proper holster, it is my go-to for dress dinners, road cycling, and jogging.

While some won’t venture forth without a full-sized pistol, Florida’s climate makes that challenging when the temp and humidity restrict attire options.  I carry a sub-compact 9 or 40 much of the time, but there are situations when a fistful of .380 ACP rounds will work for me.  Better to be armed than not.

While an Uncle Mike’s ankle holster suffices for shirt and tie affairs, I don a Pistol Wear PT-2 concealment holster that hides my P3AT, smartphone, and keys during outdoor activities.  For anything in between, I have a Sticky Holsters pocket model that works very well. 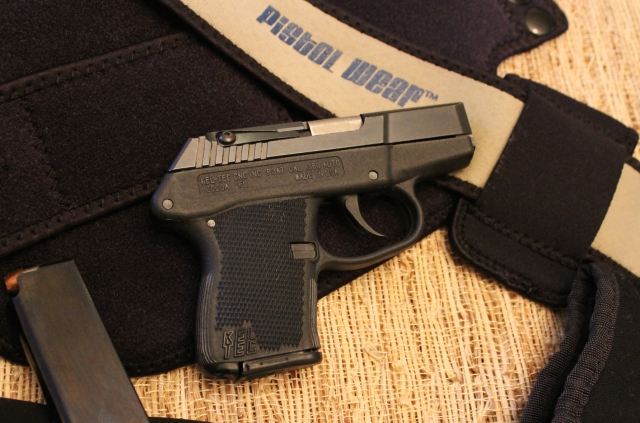 I have owned my PeeThreeAyTee for about 1,000 rounds now.  Just past the two hundred round mark, it became much more ammunition amenable.  The gun has consumed a diet of mainly 95 grain Fiocci FMJ bullets with a side dish of 70 grain Glaser Pow’R Ball and a dessert of 90 grain Speer Gold Dot Hollow Point.  The Speer GDHP’s are our daily carry load.

The P3AT drops its unexposed hammer on a locked breech from a five-pound double action trigger pull.  This gives it multiple strike capability for stubborn primers, although this Kel-Tec has yet to meet one.  In the last 800 firings, there have been no failures to feed, fire, or eject.

Its mere suggestion of front and rear sights has not prevented me from shooting this polymer-framed pistol just as well as some better-topped models.  I can hold a group within a paper plate at 10 yards without pausing between shots.  This modest accuracy is center-of-mass analogous and required for effective personal defense. 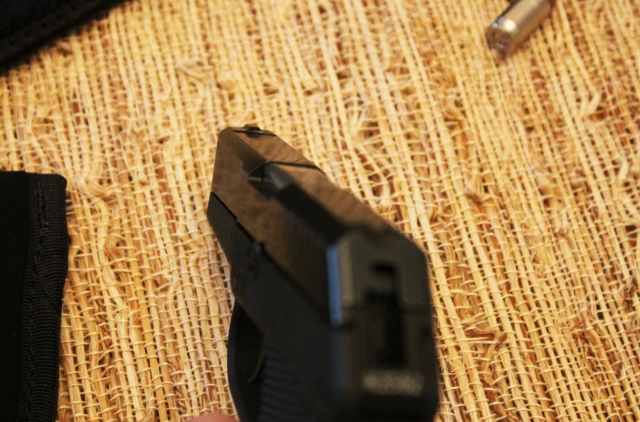 If you would like an alternative to the tiny sights, Crimson Trace, LaserLyte, Aim Shot, ArmaLaser, and others can provide you with an aftermarket laser sight.  I have tested an ArmaLaser TR-1 on my P3AT.  In the end, the laser was functional, but I just did not feel it was necessary.

The only lasting concession I have made toward customizing my P3AT has been to give the spare magazine a +1 extender for pinky purchase and the added bang.  You can also buy a +0 grip extender or a 9 round magazine.  I don’t recommend Kel-Tec’s external clip for IWB or pocket carry unless you are affixing a trigger cover of some kind.  A pocket holster will be much safer. 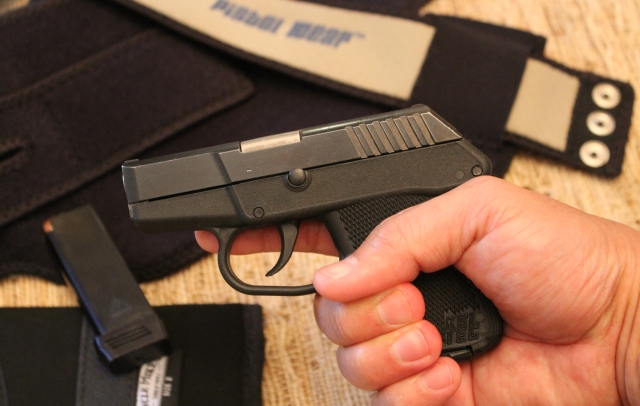 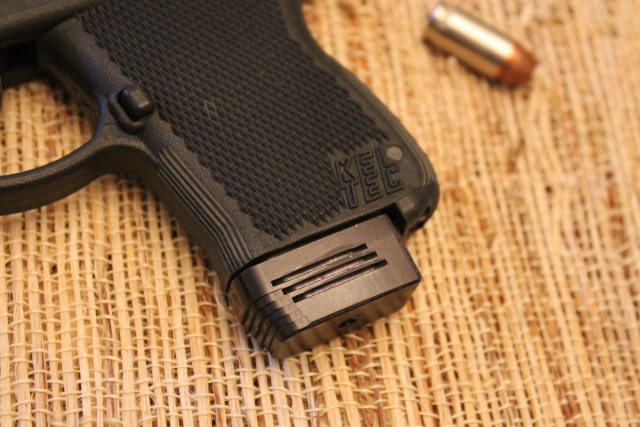 Factory P3AT frames come in black, tan, OD, gray, blue, and pink polymer with blued, parkerized, or Cerakoted slides of various colors.  There are also many companies that will turn the stock .380 into a custom work of art using Cerakote, Duracoat, or other finishes.  I have seen some really fun ones!  Tiger stripes?  American Flag?  Seen ’em.

It is said that George Kellgren’s P3AT was the “inspiration” for bigboy Sturm, Ruger & Company’s equally diminutive LCP, which ripped off Kel-Tec’s little upstart firearm.  Water under the bridge.  The P3AT is the original. 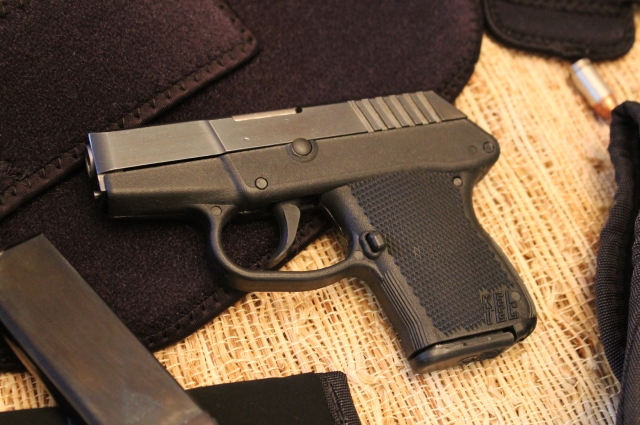 MSRP for a P3AT these days is $338.18.  I know I paid well under three hundred for mine, and that was almost fifteen years ago.  In that span, my Kel-Tec has logged thousands of road miles and a few airplane trips (checked baggage) to CONUS destinations.  Considering the P3AT’s economical price, it has paid me back many times over in peace of mind.

This entry was posted in Carry Guns and tagged Kel-Tec. Bookmark the permalink.