I could not wait to order the new 2014 Benchmade Stryker.  Since I have been wearing business casual of late, I decided to buy a Stryker 904SB because it was the “gentleman’s folder” of the line.  USPS kindly delivered on time and I was made very happy on the anniversary of my birth.  I talked about the Benchmade/Elishewitz Stryker’s lineage in a previous post, so here are my impressions of the latest version and its comparison to the original 905 Stryker.

I slid open the butterfly-adorned black Benchmade box and smiled that the 904 was enveloped in a microfiber cloth bag with drawstring.  When I shimmied the knife out, it was more like meeting a new friend than revisiting an old one.  The 904’s handle shape is somewhat edited from that of the 905. 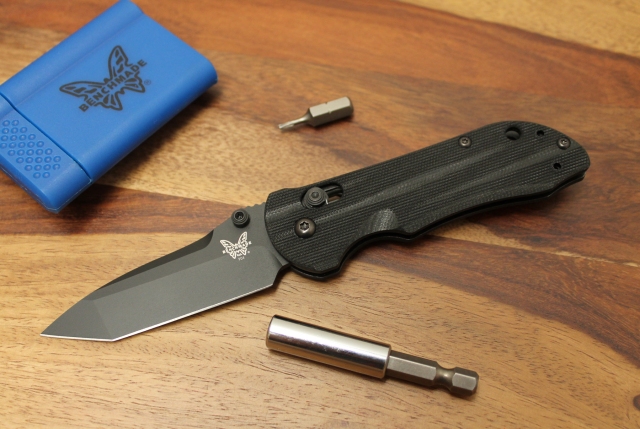 At 3.87″ in length, the new knife is about a quarter inch shorter.  The butt of the 904 is rounded off.  There is new shallow scallop that sits where my pinkie finger resides in a standard grip.  I found the remaining ergonomics familiar and welcome.

A 905 had scales that were textured, but slick.  The new 904 has aggressively stippled G10 slabs that, in their original state, will shred a pocket top.  I removed its pocket clip and gave the mini-Stryker some friction on the leg of an old pair of jeans.  This bit of burnishing calmed the sharper points.

Oh, the pocket clip is tip-up, ambidextrous.  Thank you, Mr. DeAsis!  I dislike tip-downers for the extra manipulation upon draw.  Further, they also promote detritus and corrosion in the pivot.  Left side positioning is necessary for me, so this new deep carry clip is just right.  After modifying the G10’s surface, I remounted the clip for support side carry.

In my hand, the 904 feels lighter than the original production.  The new knife has machined standoffs instead of a backspacer and skeletonized liners verses solid ones.  But the 904 is listed by the manufacturer as 0.14 ounces heavier than a 905.  This may be due to the 904’s stainless steel liners, where 905’s liners were titanium. 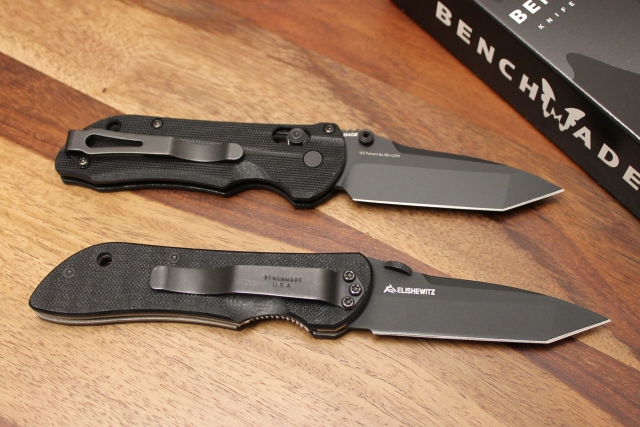 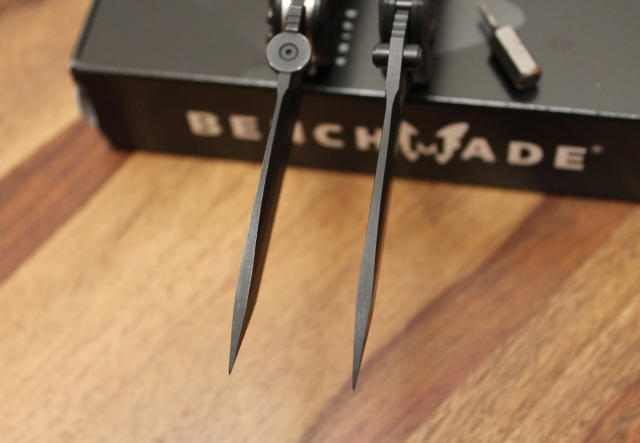 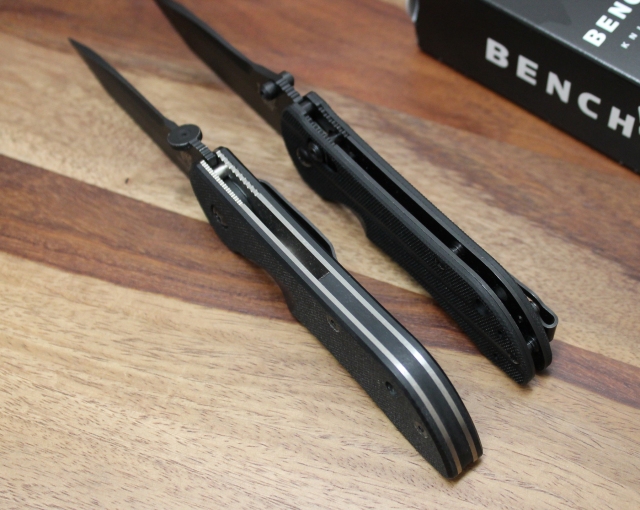 The 2.94″ 154CM blade is the same modified tanto profile as the 906 Nitrous Stryker, with dual thumb stud replacing the 905’s thumb disk.  I liked the OG 905’s disk position.  It matched the angle of the thumb ramp and was visually pleasing.  Functionally, I think the latest 904’s studs are more effective than the disk, solely in terms of grip.

To me, the most notable feature of the 904 mini-Stryker is that it strays from the liner lock and lands on the Benchmade AXIS.  This mechanism is very safe on lock-up.  It is also bilaterally symmetrical (same on both sides), which, when paired with the clip, makes this knife unapologetically ambidextrous.

Benchmade’s 904 Stryker is a fine cutting implement that I bought for about a hundred and fifty bucks.  It is definitely an improvement over its predecessors.  904 is more versatile, yet retains the design features that were popular in the first models.  I think this is a smart successor to the line.