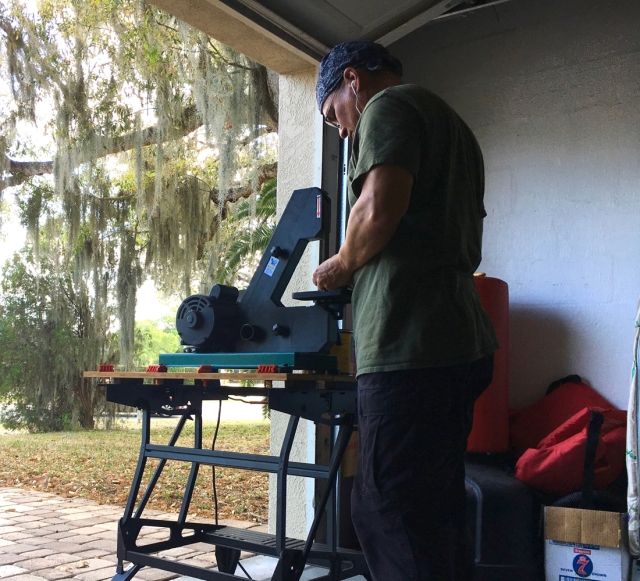 I have been very busy trying to keep my promise to myself to attend BLADE Show 2017 wearing a knife of my own making.  Well, I leave for the show tomorrow and I am still at work!  I am going to post some photos from the last few months showing my progress.

My goal was to make a few knives, but life is busy so I decide to concentrate on a single knife.  I chose the smaller of my blade blanks and made the decision to work up handles of the moonglow acrylic and Toxic Green Kirinite.  As you may have seen in previous articles about luminescent watches or tritium gunsights, I love things that glow in the dark.  This would not be classic, but I thought I would enjoy it.

I continued to work my flat grinds with my paltry 1 X 42 grinder, then finished the work by hand.  One reason was to take the time to clean up the lines, the second was because it is easy to mess up your work with machinery you have not used in twenty years…

Once I had the knife reasonably finished with a decent symmetrical grinds and about 1mm left to the edge, I went for the heat treat.  I have never done this before.  I bought a small Evenheat oven.  Using the directions from Alabama Damascus, I took the blade up to 1550 degrees and left it there for several minutes.  It was cherry red!  I purchased 10 wt hydraulic oil for the quench and had it in an ammo can.  Welding gloves seemed to be a must. 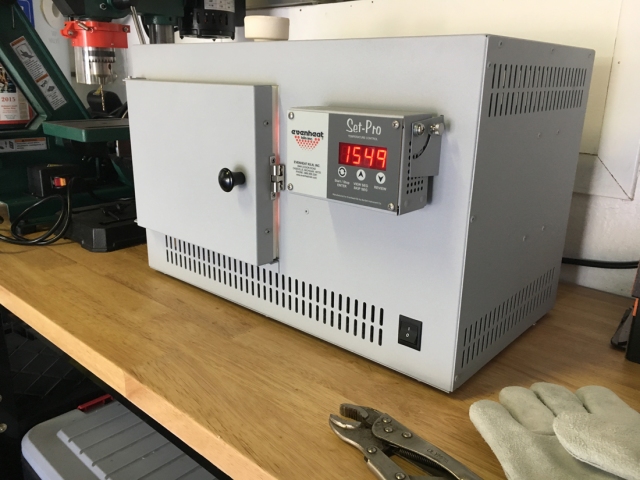 With a fire extinguisher close by in the garage, and my wife admonishing me not to burn our house down, I took the red hot blade in vice grips and quenched it in the oil.  Point first, no swirling or overt moves.  I dried it then tempered it in a toaster oven for an hour at 350, then let cool.  Would it be hardened properly? 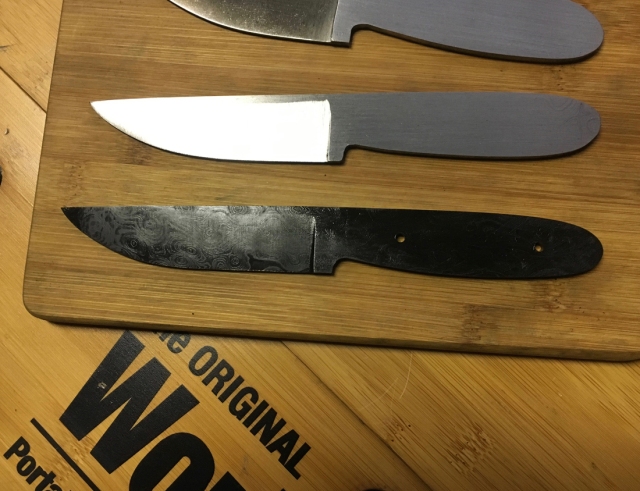 I do not have a Rockwell C tester, so I used a file test.  It seemed to skate, so I compared that to one of the untreated blanks.  Definitely made a different sound.  It was hard!  I would find out just how hard later when I tried to belatedly drill a lightening hole between the pin holes.  I could not get a hole drilled–WD-40, pressure, and a new carbide drill bit were all defeated!

I began working on the scales by laminated the moonglow to the Kirinite.  They epoxied up fine.  I lined up the two 1/8th inch holes I had drilled for the pins in the blade as a template and fitted them together.  Back to the grinder to shape the handles.  I held them together temporarily with some filed down brass pins.

After the handle scales were close to where I wanted them, I had another daunting step:  etching the damascus in ferric chloride.  Again, I followed Brad Vice’s instructions from Alabama Damascus and I got a good result.  I went for a soak in the ferric for 10 minutes, then neutralized in baking soda and water.  As a tip from knifemaker Ed Caffrey on the internet, I lightly sanded with 000 steel wool to get some of the black oxidation off, then went back in the ferric chloride for 10 more minutes, repeated the neutralization and scrub. 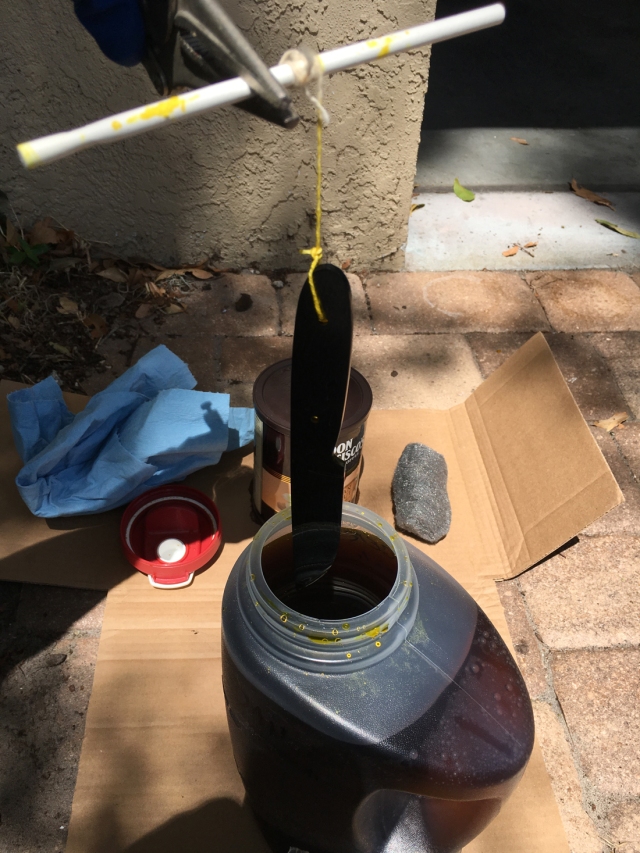 I think the blade turned out great.  I dried it and gave it a sanding with 1500 grit wet/dry paper, then (again from Ed Caffrey) put on a coat of Mothers carnauba wax to protect the blade.  I was now within a week of Blade Show! 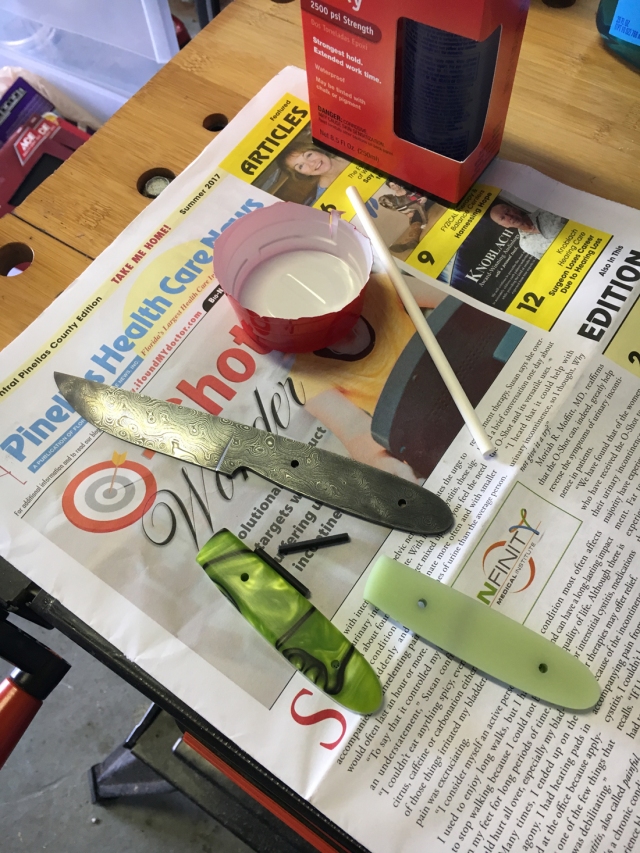 In the homestretch, I epoxied up the scales, which I finished to a 600 grit.  It gave them a bit of a tactile feel.  I have yet to sharpen said blade and make a quick kydex sheath.  Will I make it to the show with a fully functional handmade knife?  Stay tuned to this same BBB channel!

3 Responses to Rushing Toward BLADE Show 2017