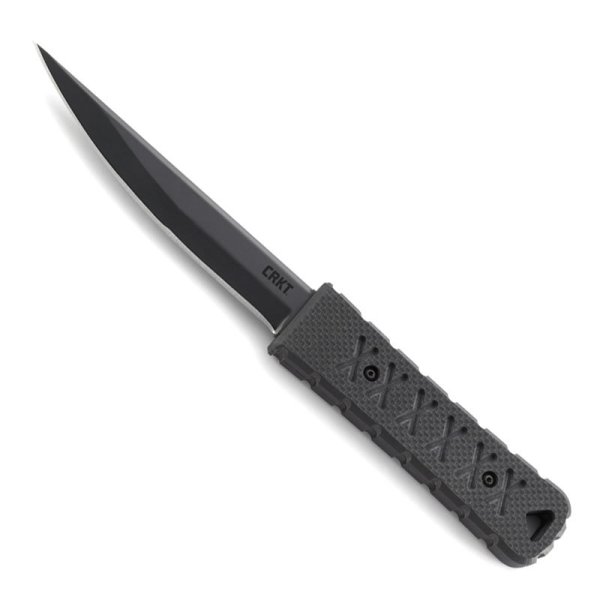 Martial Arts trainer and U.S. Army veteran James Williams is at it again!  Here is yet another collaboration with Columbia River Knife & Tool.  The new Yukanto has a definite target audience that would include soldiers and tactical law enforcement officers.

Yukanto is a fixed blade knife with a no-nonsense 4.56 inch Osaruku-style tanto of AUS 8 stainless steel.  The blade and fittings are black powder-coated.  Textured G10 slabs are deeply grooved on all surfaces.  Williams spec-ed them thick to fill the hand.  A cool triangular lanyard hole rides at the back.

The overall length of the knife is 8.69 inches.  It tips in at 3.9 ounces.  With the glass-reinforced nylon sheath, the whole she-bang weighs just 5.5 ounces.  Yukanto was made to be light and compact for easy carry, but was intended to conceal a serious bite. 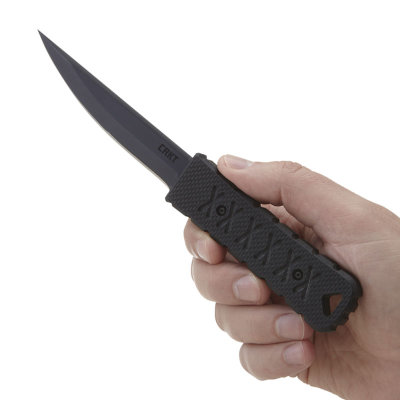 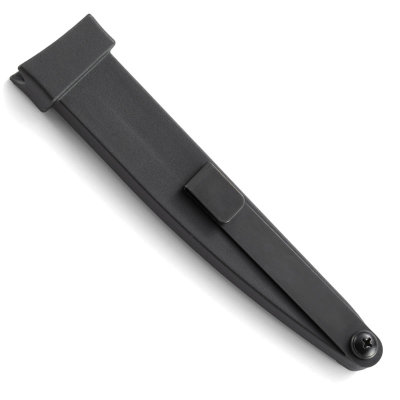 This setup is reminiscent of Williams’ previous products, but it differs in its sheath.  The Yukanto sheath is specifically designed to weave into MOLLE loops for mounting on ballistic vests, plate carriers, or packs, where a soldier or SWAT officer would need it as a back-up weapon.

The J-clip on the sheath prevents it from being withdrawn with the knife.  The CRKT video below shows the sheath mounted in some MOLLE webbing, but I think it needed to be inserted into at least one more loop field to make it secure and ride properly.

Some web trolls have said they do not like that Williams’ knives lack a guard that protects the hand during thrusts.  Mr. Williams favors a martial style that uses the palm to support the butt of the knife for power and control in forward thrusting motions.  Enough said.

I have a couple of Mr. Williams’ folding knives from CRKT (the Heiho and a Hissatsu).  Both have excellent blades for defensive measures.  They are actually pleasing to the eye with their rakish lines and menacing postures.  Mr. Williams’ designs are purpose-fueled for protection.  Yukanto’s MSRP is $99.99.