Replacing the previous knife’s composite blade are 4.1 inches of S35VN, finished in nicely contrasting satin and stonewash.  The 0452’s edge circles open on a slick KVT ball bearing system and is held fast by a titanium framelock.  The pivot hubs have a machined five spoke pattern.

The new 0450 carries on series’ left side carbon fiber scale, but the 0452CF’s tip up pocket clip is reversible.  Despite the ZT/ Sinkevich’s 9.27″ overall length, it weighs just 4.64 ounces due to generous carbon fiber and titanium. 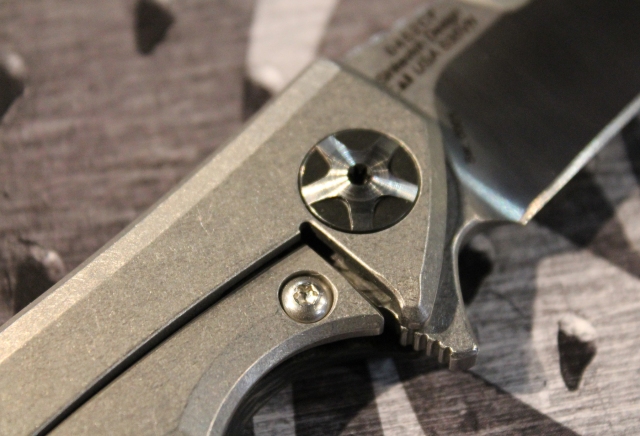 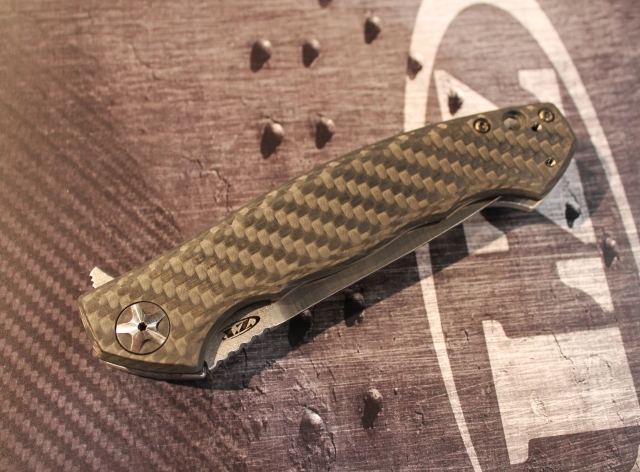 If you close your eyes, the 0452CF’s action is just as sweet as its predecessor’s.  However, a change in materials and manufacture have lessened the 0452CF’s price to a scoach more than half to that of the 0454.  An MSRP of $275.00 buys the 2015 version.  Considering the Made-in-USA craftsmanship, that is a lot for a little.