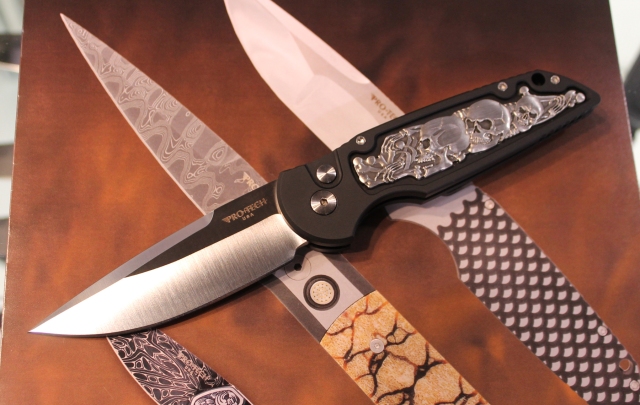 Pro-Tech Knives of Artesia, CA had a strong presence at SHOT Show 2015 with some of the most eye-popping semi-custom folders of any booth.  The top knife is the TR-3.51.  The Bruce Shaw engraved inlay is a “coin struck” skull scene.  Its satin blade just killed. 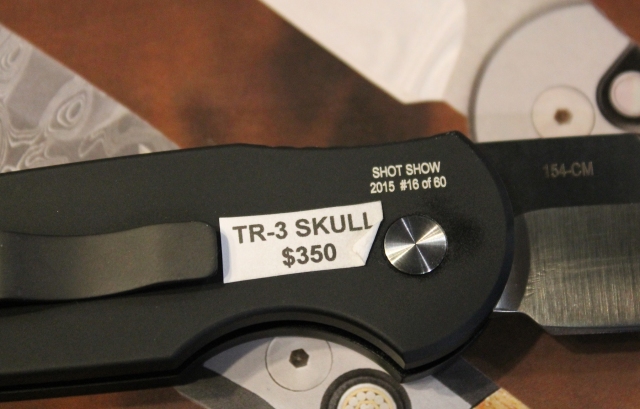 Below is another Pro-Tech auto featuring Mr. Shaw’s engraving as well.  It is the 7SP-2, called the Shaw Steampunk Ltd. Edition.  Excuse the oil around the pivot point and blade in the photo.  These knives were getting quite a workout from the 64,000 attendees! 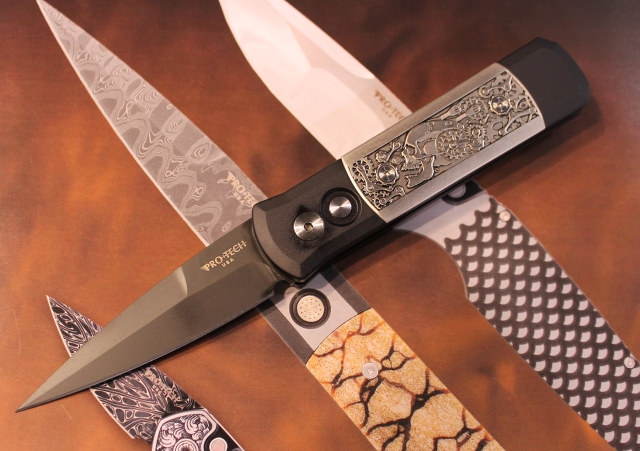 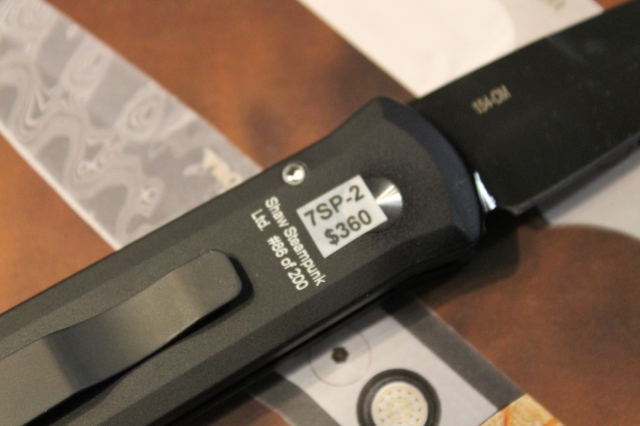 The final knife I photographed was new for 2015 bolster release knife called the Magic BR-1.  Mike “Whiskers” Allen designed this knife.  Sliding the left bolster downward triggers the automatic action and releases the blade.  This was a slick piece that, though subdued compared to its companions, still garnered its due attention. 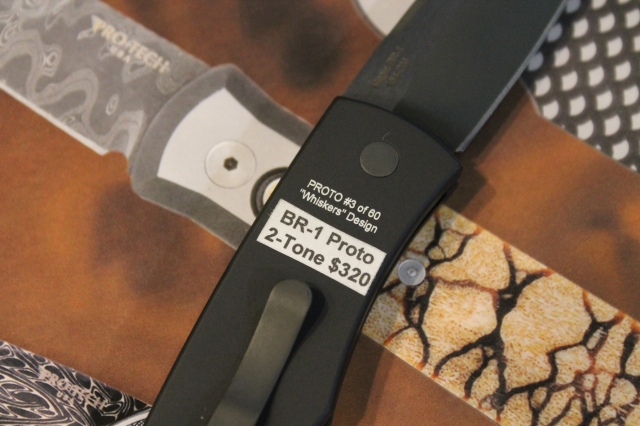 All these Pro-Tech semi-customs were a treat to view and to handle.  The prices on the labels are not SHOT Show deals; these are the actual prices.  Not bad for such great American Made work!