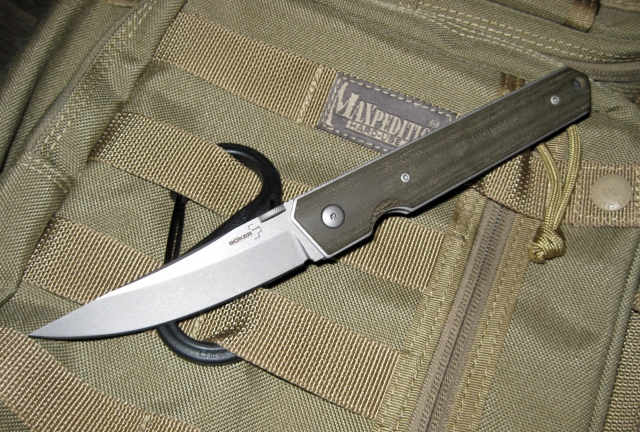 A year ago, I wrote a review of the Boker/Lucas Burnley folding Kwaiken.  One criticism I had written was that the thumb disk on the Kwaiken was too small, resulting in the knife being hard to open with one hand.  As time passed, I read on several forums that I was not the only one suffering this difficulty.

Boker apparently heard the negative feedback because the successive orange handled Kwaiken had a larger, more squared off thumb disk.  The most recent model of the Boker and Burnley knife has a flipper modification.

When I saw that a larger thumb disk was available, I did a bit of recon and contacted Boker USA’s repair facility.  Two emails later, they had shipped me a new larger thumb disk.  Mere seconds after it arrived, I had the Torx bits out and went to work. 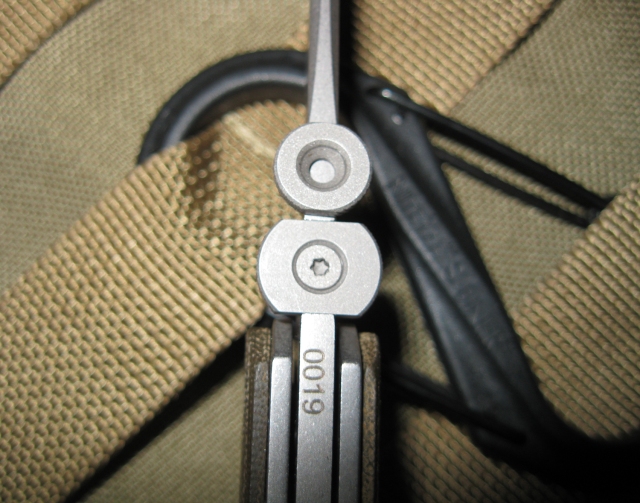 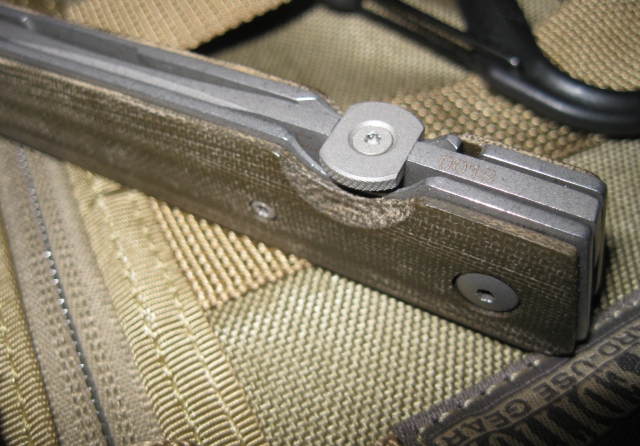 The new disk has a bit more “wing” to it and thus it protrudes out a bit farther than the original round disk.  After I had tightened the new one down, I thumbed open the blade.  The Kwaiken felt like a different knife!  Because thumb pressure overcomes the detent ball with less force, the user can really feel the smooth rotation of the IKBS pivot.

If you are not happy with your Kwaiken’s thumb disk, I urge you to take five minutes and request a new disk.  Mine came to me at no charge.  With it installed, you will be much more likely to enjoy the knife’s nice design and buttery action.  I am sure the Kwaiken will also find its way into your pocket more often.

This entry was posted in Knives and tagged Boker Knives, Boker Kwaiken. Bookmark the permalink.